I gave much thought this year to our veterans, much more so than in any bygone time.  Not so much those surviving, but those who gave all that we might have freedom, have our country as we know it.  I watched particularly moving programs on various TV channels with one on HBO a keen presentation of the final months of WWII.  Survivors of the invasion at Normandy and the final move into Germany, members of the 506th Airborne, E Battalion, gave vivid accounts of what each experienced.  All were wounded – two left legs on the battlefield, another had 37 scars from a grenade blast next to him in his foxhole, and yet another was scarred from the emotion of watching a brother in arms, severely wounded, cover his escape and die in the process.  They spoke of hellish bombardments and of facing intolerable cold with little or no winter supplies.  Some simply said, “I can’t talk about that…” and fell to tears.  My lines today come after the day we honor those fallen because I think of many that go unrecognized.

Native Americans fought to keep their land from what they saw as invading and horrible enemies.  This land, first theirs, became ours at a tremendous cost to the many, many tribes who ultimately succumbed.  Expansion came with little compromise and little compassion.  We know the stories, the Wounded Knee sacrifice and the suffering of nations forced into continuous movement in the worst of seasons.  I saw an article earmarking all those killed in the major wars, a list on an alabaster tombstone that included the Revolutionary War, the War of 1812, World War I, World War II, Korea, Viet Nam, Desert Storm, and the current Afghanistan War.  The Civil War was not included, a war that had horrific fatality numbers.  I do not understand that omission, that ignoring of service on both sides, all Americans doing what they believed to be their duty.  I do not intend a political commentary, no, not at all.  Just thinking about the willingness to move forward into the unimaginable knowing full well safely coming out the other side was remote at best.

For what am I willing to die?  Could I face an oppressor requiring me to deny my faith or die and say, “I believe in God, the Father almighty….” I have faced moments which demanded courage, a courage I could not muster.  I have watched the results of my failing, the injury that came with my hesitation.  I have watched the seep of vacancy into blue eyes once so very filled with sparks of joy.  I trust most of us have experiences we rue, wish we had back to do differently.  We desire the ability to control destiny, to be heroic and alter a moment.  But only one thing is a “fer sher” in life.  We do not know nor are we in control.  God’s hands, not ours.

Kenny Chesney sings a country song about getting to heaven, lyrics which hit pretty accurately our daily lives.  We hear our preachers saying on Sunday mornings that we “better start livin’ right”, and “don’t we wanna hear Him call your name/when you’re standing at the pearly gates?”  The answer provided is so true.   “Yes I do, but I hope they don’t call today.”   And with much accurate clarity the song’s chorus echoes:

Nobody wants to go, not a Native American, not a Confederate or Union soldier, not the army, navy, marine, air force, or coast guard. I never faced military choice since my lottery number did not come up.  Three brothers did, but did not go into war.  I remember sitting by the old oil burner in the farmhouse living room, waiting for brother Ron to get home, waiting in great thankfulness that he had not deployed to the frozen tundra called Korea. Brother Neil’s stint ended before Korea began and brother Rick’s years in the Air Force concluded just before Viet Nam.

So from where came the action of the instant for all our fallen heroes?  From where came the decisive determination to vault into the fray, death or no, and charge into eternity?  I doubt that any wanted to die, yet death was eminent. So many were so young, inexperienced in making drastic choices that held even more drastic results, yet they obeyed the command, obeyed the heart, obeyed the call to willingly go with only hope and prayer in the pockets. That God gave us such men and women, people that He moved to sacrifice all that a future might be assured….How do we put that in any perspective other than “by His grace alone.”  God sent His son to ultimately die for our sin.  In the faith we have in this risen savior, we have those throughout history that sacrifice all for the greater good.

May we never, ever forget. 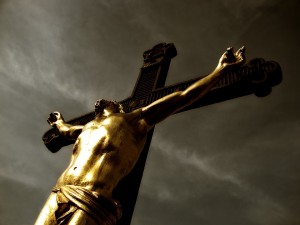