Jesus Anointed by a Sinful Women 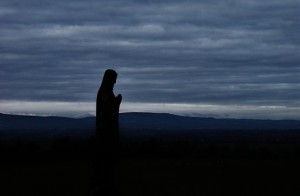 Visiting with us today is a representative from the Family Promise Organization, David Tennyck, J.D.  Executive Director. Family Promise of Western Waukesha County is a community response to homeless families with children. Families facing a housing crisis are provided with overnight shelter, meals and support services with the goal of achieving permanent housing and sustainable independence. We here at Vernon-ELCA would like to be able to be a Support Congregation. Support Congregations are partnered with Host Congregations and assist a host by providing volunteers, food and other supplies for area homeless families during their hosting weeks. The thirteen Host Congregations are located in Hartland, Dousman, Delafield, Oconomowoc, Genesee, Pewaukee and Eagle.

Prayer of the Day:

O God, throughout the ages you judge your people with mercy, and you inspire us to speak your truth. By your Spirit, anoint us for lives of faith and service, and bring all people into your forgiveness, through Jesus Christ, our Savior and Lord.

One of the Pharisees asked Jesus to eat with him, and he went into the Pharisee’s house and took his place at the table. And a woman in the city, who was a sinner, having learned that he was eating in the Pharisee’s house, brought an alabas-ter jar of ointment. She stood behind him at his feet, weeping, and began to bathe his feet with her tears and to dry them with her hair. Then she continued kissing his feet and anointing them with the ointment. Now when the Pharisee who had invited him saw it, he said to himself, ‘If this man were a prophet, he would have known who and what kind of woman this is who is touching him—that she is a sinner.’ Jesus spoke up and said to him, ‘Simon, I have something to say to you.’ ‘Teacher,’ he replied, ‘speak.’ ‘A certain creditor had two debtors; one owed five hundred denarii, and the other fifty. When they could not pay, he cancelled the debts for both of them. Now which of them will love him more?’ Simon an-swered, ‘I suppose the one for whom he cancelled the greater debt.’ And Jesus* said to him, ‘You have judged rightly.’ Then turning towards the woman, he said to Simon, ‘Do you see this woman? I entered your house; you gave me no water for my feet, but she has bathed my feet with her tears and dried them with her hair. You gave me no kiss, but from the time I came in she has not stopped kissing my feet. You did not anoint my head with oil, but she has anointed my feet with ointment. Therefore, I tell you, her sins, which were many, have been forgiven; hence she has shown great love. But the one to whom little is forgiven, loves little.’ Then he said to her, ‘Your sins are forgiven.’ But those who were at the table with him began to say among themselves, ‘Who is this who even forgives sins?’ And he said to the woman, ‘Your faith has saved you; go in peace.’
Soon afterwards he went on through cities and villages, proclaiming and bringing the good news of the kingdom of God. The twelve were with him, as well as some women who had been cured of evil spirits and infirmities: Mary, called Magda-lene, from whom seven demons had gone out, and Joanna, the wife of Herod’s steward Chuza, and Susanna, and many others, who provided for them out of their resources.