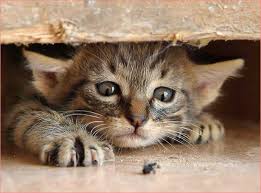 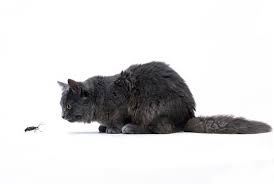 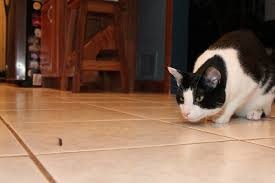 Lady bugs.  Japanese beetles.  Box elder bugs.  Plain old beetles.  Flies.  Long-legged, long feelers, flying things.  A spider or two – or ten.  All rose to the occasion of the mail dropped, outside storm door left ajar by a hurried package delivery politely set in the entryway.  Yes, the heavily dotted ceiling and walls, the orange and black, grey scuttle, curtain-esque look of the door glass, and the silent flocking fly about the living room welcomed my return from errands.  Fifteen to 20 minutes of steady Shark chase and suction ridded the invasion, but not without a solid struggle and valiant escape efforts to the difficult-to-reach corners, cracks, and nooks every home offers.  I must admit by battle’s end I had begun naming some of the stragglers refusing to become canister captives.  Even a pleasantly offered, “I’ll release you to the wilds” did not bring surrender.  Battalions reduced to small groups soon banded together to make several counter attacks throughout the afternoon, but low flyers fell victim to the springing anticipation of cats and the rest, well, for them the day pretty much held little future.  Peace returned to my second week at the new address.

Grey, after-rain, musky morning had turned into a haze blue, Indian summer afternoon complete with renewed heat and humidity.  Promised and soon to arrive rains had not yet begun to struggle up the horizon with their billows of cloud and wind shifts.  Grass seemed to green and grow as I watched – and swatted what my landlord called a “stink bug” from my arm – bulgy black thing that buzzed immediate annoyance.  She said the insects “were new around here.”  Lucky me to have a creepy leg welcome wagon.  The Bug Off spray seems to be holding the perimeters without interfering with the myriad of honey bees and bumble bees doing their pollination duties that sustain our environment.  Makes me wonder what purpose all these other species have besides being food chain delicacies for swallows and bats.  My quiet and motionless contemplations invited a grey, puff tailed and puff cheeked squirrel to check out my feet.  Locking eyes ended its curiosity – as well as my not so fresh socks.

Trees have droopily blossomed into fall.  Every winded sway brushed new splashes onto the blue canvas.  This neighborhood offered a small pallet of colors, the trees mostly the same variety and most amazingly about the same age based on trunk size and height.  A lot of leaves promised soon to arrive curls of crinkle burned smoke.  Several burning bushes brilliantly accented homes with deep red and green paling to red leaves. Open garage doors revealed blah brown boxes and more boxes waiting move to the basement, a mere dozen steps down from the stacks.  Today’s errands included a trip to doc who grimacingly denied future effort on my part to complete such tasks.  Seems my long, outlived their life expectancy knee replacements have been finally maxed.  Guess my incredibly svelte frame coupled with not so brilliant decisions have created new choices, one being this move to no stairs living quarters.  Bugs me that I will have to look to others for things I am accustomed to doing myself.  Invasions of aches and pains cannot be brushed away so quickly anymore.  Finger tap tricks to focus away ouches takes longer moments and often to no avail.

Literature denied the insistent surge of self-woe.  Jeffrey R. Holland wrote, “No misfortune is so bad that whining about it won’t make it worse.”  I found difficulty many times in applying the wisdom of those words.  Charlie Chaplin spoke truth when he noted, “You’ll never find a rainbow if you’re looking down.”  Perhaps James A. Baldwin summarized my thought the best of all. “I can’t be a pessimist, because I am alive.” Some days I need more bugging from optimism.  I missed the community of church and faith last Sunday which leaves the door ajar for this kind of nudged, beetle-bug attack at my faith.  “The Lord calls His people out of a life of discouragement and into a life of optimistic faith.”  This, from a fellow named Jim on an internet site, reminded me to close the door more tightly.  He adds, “We face all kinds of problems and the Lord responds to them all by telling us to stop worrying and start praying.”  Knees, bugs, aches, and pains – just a part of the journey and part of the load I leave at Jesus’ cross.      submitted by Dave Smith