A Prison Ministry developed by the Greater Milwaukee Synod

of the Evangelical Lutheran Church in America

The Greater Milwaukee Synod (GMS) of the Evangelical Lutheran Church in America (ELCA) has worked closely with Prison Congregations of America to develop a Lutheran congregation inside the Wisconsin Department of Corrections (DOC) facility, Felmers Chaney Correctional Center (FCCC). This ministry is known as Breaking the Chains Congregation. 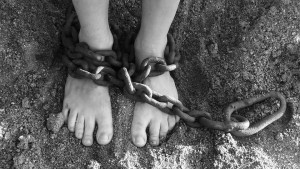 How Breaking the Chains got started

Rev. Joe Ellwanger received permission from the DOC around 2012 to transport inmates weekly from FCCC to Sunday worship services at Hephatha Lutheran Church. Over time, it was discerned that no weekly worship service took place inside the facility. Three GMS congregations located near the Felmers Chaney Correctional Center (Hephatha, Cross and Reformation) recognized this need for the inmates as well as the needs of their families and of the community to which they will be returning. Representatives from these three Outreach for Hope congregations joined with community members, as well as representatives from Galilee in Pewaukee and Our Saviors in West Bend to form a Steering Committee for this project.  The faith community as well as the neighborhood will inform this mission by worshiping with, praying with, having Bible study with and walking with inmates through re-entry.

Reverend Mark Thompson has been installed as the pastor at FCCC. Weekly Bible Study is led by different members of the Steering Committee and began in 2015. Weekly worship began in December, 2016 (6:30 each Saturday evening). Pastor Mark is available during the week for one-on-one consult with inmates. Rev. Thompson also works to cultivate relationships with GMS churches and community organizations.  This prison congregation provides a place of worship and contemplation to give inmates, all of whom have spent time in several facilities in the DOC system, an opportunity to gain a spiritual foundation for the rest of their lives and for the very difficult challenge of reentry.

Touching the Lives Inside

Since the Felmers Chaney Breaking the Chains congregation opened its doors (November, 2016), inmates have discovered this faith community, and worship alongside volunteers from supporting congregations. On Christmas Eve, 2016, while the worship service inside concluded with the singing of Silent Night, members of the community gathered outside the facility and lit candles that the men could see through the windows, as no candles are allowed inside. One inmate attending the service was moved to tears. By January, 2017, one of the regular Saturday night worship attendees met with Pastor Thompson over two weeks to prepare to preach the message himself. In doing so, he encouraged six other inmates to attend the service, some for the first time. Afterward, the men attending this service shared with each other about what was meaningful about the message given by their fellow inmate.

People from ‘the outside’ can join the worship service inside by completing an application to the correctional system and attending a 3 hour DOC Volunteer Training. Once inside, Saturday evening worship will provide the opportunity for relationships to be built among inmates and caring ‘outsiders.’ It is believed that these relationships can form a foundation for the inmates to rely upon for support once they are released. 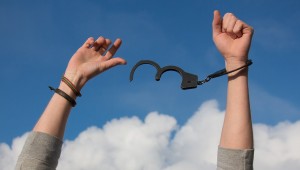